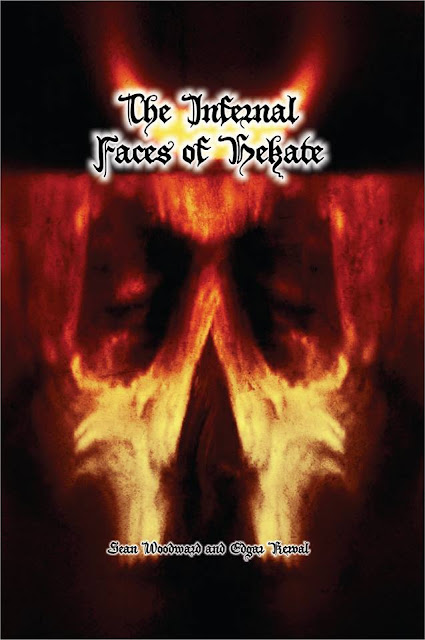 The Aetheric Atavisms monography series continues expanding awarenees and opening the powers of oracular temples.
This time ,through The Infernal Faces Of Hekate, a grimoire developed by two visionary souls through their works with the hekate into paraxis and gnosis of the goddess.

Sean Woodwards discover the mythic transformation of hekate and why she is she so important to both the Typhonian and Voudon Gnosis.
It includes extracts from The Sutra of ZAL, The Nocturnal Book of the Voltigeur, The Book of Phorash and the occult excavations of the Roman Empire, Renaissance cathedrals, Fairy Mounds and the Witchcraft Museum of Boscastle. This work is "a magical book of revelations" - to take up one of Michael Bertiaux's suggestions from the Voudon Gnostic Workbook.

From Edgar's perspective you will discover how Hekate is a threefold masked infernal goddess strongly connected with the feminine energies of man and associated with the process of initiation. How she reveals to us the illuminated path that the adept must cross in order to travel the astral path of self-deification and inner transcendence.

Through this mask the adept transcends the gateways of the void. This mask also represents many paths into sacred sexuality which offer the adept a deep communion within the hidden secret sexual currents and initiates a voyage through the infernal tunnels in which the hidden flame of initiation touch the soul and burn it, transforming it living knowledge and experience used by the adept in diverse works of self-transcendence. 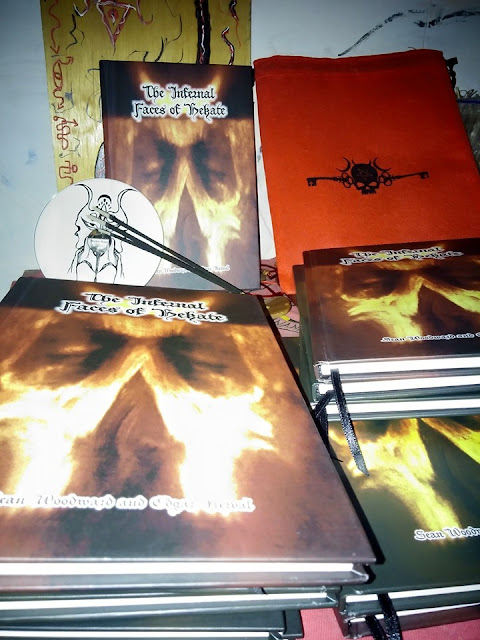 "Kalas of the astral witch" edition comes in a hard cover edition with colorful art
130 high quality paper text block
comes in a red bag and sigil in front
and a ritual musik cd called "The black witch songs"
limited to 55 copies.
cost 60 us (including shipping post worldwide)